Looks Like "Spicy "aka Melissa McCarthy Is Coming Back To "SNL" Be Prepared! 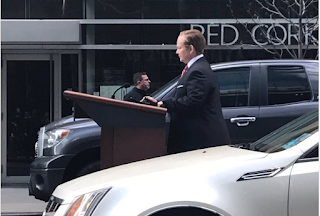 This story just got a lot more fun.

"Sean Spicer" in his usual angry way, drove the podium down the street, aggressively yelling at people to get out of the way. This was fun!!!!

Here's the video. (Previous discussion/video is below this new video in this post:

This teaser came out Wednesday:

Posted by Matt Sutkoski at 6:20 AM