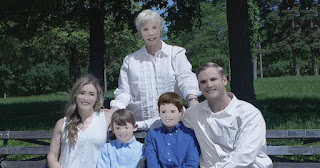 Photoshopping can be tough.

It can be especially tough if you're dealing with the harsh light of bright sunlight, and shadows if you're photographing in glorious sunny summer weather.

The Zaring family found that out first hand.

They hired a photographer to take family pictures on a bright, sunny day. It took forever to get the photos back, and when they did, Pam Dave Zaring burst out laughing. 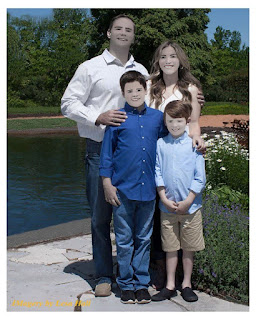 You can see why in the photos in this post.     Click on the photos to make them bigger and easier to see.

The Zarings said their photographer, Lesa Hall, said the shadows were pretty extreme on that bright day the photos were taken, and that her professor never really taught her how to retouch photos.

The photographer might have started a trend, though. PetaPixel now has a tutorial on how to photoshop your portraits in the style that Hall seems to have perfected.
Posted by Matt Sutkoski at 1:06 PM