Don't Let Your Babies Grow Up to Be Paleontologists


Don't even ASK me how I found this Babytalk site, a sort of social network site that lets parents seek and give advice about raising kids.

But I did find a gem. It's from a concerned mother who is worried about the toy dinosaurs a friend gave her young son.

This mom's concern seems to be that since the Bible doesn't mention dinosaurs, and EVERYBODY knows God created the Earth 6,000 years ago, there couldn't have been a creature like a dinosaur from a zillion years ago. So, is playing with a toy dinosaur inviting Satan into the child's life. 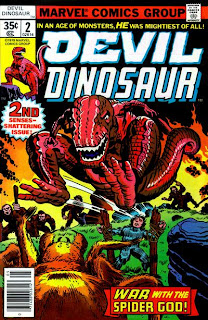 Now, this women might just be an Internet troll, somebody who just invents stupid questions and comments to push people's buttons. But it is still possible this inquiry was real, and funny imagining what she is like.

The best part of this is the many, many responses this question got. Many of them are hilarious. A fun time waster is to go through and read these responses.

Some samples:
"I thought Jesus had a pet dinosaur."

"Did they come with little stirrups and saddles to let Adam and Eve right on them?"

"Youre neighbor is a witch and she is trying to corrupt your son's mortal soul. You should probably start a prayer vigil within the hour and hope the concept of dinosaurs is not too permanently imbedded into your son's mind. It might not be too late, but you must make haste!"

"I saw the Flintstones, so you can't tell dinosaurs don't exist."
Posted by Matt Sutkoski at 2:54 PM

Email ThisBlogThis!Share to TwitterShare to FacebookShare to Pinterest
Labels: silliness