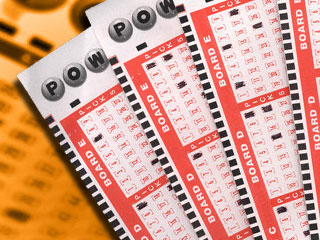 I suppose I could ridicule this like mad. It is magical thinking. Maybe that thunderstorm that could hit my house later today will  hail gold nuggets.  The leaves falling from the dying tree out front could turn into $50 bills on the way down to the ground.

However, winning the lottery probably IS the most practical way to accumulate cash. Our 401K's keep tanking. The employment situation means that even those of us who are lucky enough to have jobs aren't going to get raises anytime soon. And since there's a little bit of inflation going on, we're actually taking pay cuts.

I almost never buy Powerball tickets. To me, it's almost like lighting dollar bills on fire just for fun. But I think it's time I might rethink that. I can't imagine any other circumstance where I'll accumulate more money. I could work more hours, sure, but eventually, you run out of hours in the week. I could rob convenience stores, but the police tend to frown on that. Plus I'd probably get a little too nervous pointing a weapon at somebody.

I can't start a hedge fund, mostly because I don't know how to. Ponzi schemes eventually get people really, really mad at you.

So I'll keep plugging away at what I do, and invest in the occasional Powerball ticket.