Hey kids, if you have a big problem and you can't get help at home and need a trusted adult  to help you out,  do not ask a teacher.

The teacher might be willing to help, but the school will probably expel you. And call the cops on you. So just suck it up and suffer in silence. 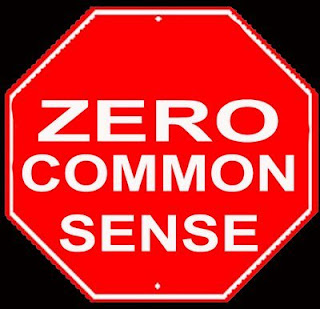 That's the hideous lesson a fifth grader in Virginia seems to have learned after he brought pot to school to take it away from his father because he was worried about dad's pot smoking habit.

It's those stupid zero tolerance rules again, which is the comfort zone of those few school administrators who can't think on their feet.

While most school teachers and administrators  seem to have no problem managing to mete out discipline and education in sensible doses, a few schools just don't get it.

And now I've got another example in this poor Virginia fifth grader.  There've been plenty of others, some of which I've written about   HERE,  HERE and HERE

The Virginia Pilot, in an editorial lambasting the school district that is torturing the fifh grader through their "rules," quotes some administrators who say they can't tailor their draconian rules to fit the situation. One size fits all, folks! Even if means killing a fly with a nuclear bomb.

Oh really, Bethanne? You can't tailor the consequences of the kid bringing the pot to school to the circumstances of the incident? You, or maybe more accurately the administrators at the school, can't think and just have to follow some sort of rote recipe? How the hell did YOU all get through school with such a mentaliity?

The unbelievable thing about cases like this one is the amazing fact that these school administrators have a fundamental misunderstanding of zero tolerance laws.

On their face, zero tolerance rules make sense. The rules send a strong message that bringing drugs or weapons to schools is strictly forbidden.

According to USA Today, zero tolerance rules mean there are consequences for any instance of bringing drugs or weapons to school. But it doesn't necessarily mean automatic expulsion. That means the punishment fits the crime. The punishment can range from saying "don't do that again" to expulsion, depending upon the severity of the offense.

According to USA Today:

"I'm terribly embarrassed when I read about some of these cases," says Sandra Feldman, president of the American Federation of Teachers, the nation's second largest teachers union, which has pushed hard for zero-tolerance policies. "These are examples of adults not exercising proper responsibility. I'm always in favor of just plain common sense."

By the way, the USA Today article I reference came out  in 1999. The need for flexibility within the confines of zero tolerance rules has been the subject of educational journals for two decades now. And some schools STILL don't get it?   What's going on?

The Virginia Pilot points out the school district is now the subject of a lot of embarassing, derisive news coverage of their handling of the poor kids.
"We were hearing from people telling us we were idiots. It's been disruptive," Bradshaw said, according to the Virginia Pilot.

The bad publicity is a good thing. For a few school districts, not the many smart ones, but the dumb ones like this one in Virginia, the only thing that has a chance of making them use common sense for once is the toxic pain of bad publicity.
Posted by Matt Sutkoski at 3:08 PM