Clever Scammers Are Making This Year's Tax Season Even Worse

Just in time for tax season, we have one of the biggest tax scams yet, and this time the criminals are so sophisticated they figure out things like the last four digits of your Social Security number, where you live, where you work, what your telephone number is, and all that stuff. 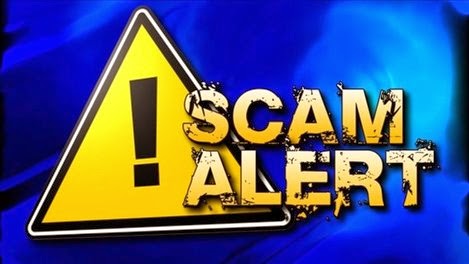 Information is power, after all. If the scammers know a lot about you, you might be led into falling for the scam.

According to Politico, the scammers play hardball, calling people up, armed with the information and telling them if they don't send money -- lots of it -- you will be arrested, freeze your accounts and have your paycheck docked to pay them.

Halah Touryalai, A Forbes staff writer, got a call from somebody she thought was an Internal Revenue Service agent telling her to pay up $5,000 now if not sooner, or else, says Politico.

The financially sophisticated Touryalai caught on to the scam quickly enough and didn't part with any of her money. But many other people have fallen victim to this, losing a total of perhaps $1 million to the crooks, according to IRS investigators.

There've been at least 20,000 instances of this kind of fraud, according to Politico.

In addition to the last four digits of Social Security numbers and other hints at targets' identities, the scammers are able to spoof call ID systems so it looks like it's really the IRS calling. They use fake names and fake IRS badge numbers.

They even know what kind of car the victims drive and the color of their houses, details that trick victims into thinking it's really the IRS calling them. But the information probably came from Google Earth.

The IRS says that if were really in trouble with them, they'd send you letters and documents by snail mail, and not call or email you or anything like that. And there's a legal process involved if they think you're involved in tax fraud. They don't just take your paycheck away from you without a bit of a heads up.

Still, the whole scam, and the details the crooks know about their targets, is just more evidence that everyone can come up with a dossier about you, and use it for no good.

The scary thing is, we're powerless to stop it. Yes, they give us tips on how to protect our identities and all that, but that seems so stopgap. The crooks, the marketers, the governments all seem to find pretty easy ways around the roadblocks we throw up.

It's enough to make you just want to hide for the rest of our lives in a cave.
Posted by Matt Sutkoski at 7:20 AM