Watch A Not So Merry Prankster Get Exactly What He Deserved

Some people make prank videos these days because, I guess they're pretty good at generating clicks, and that means some revenue. 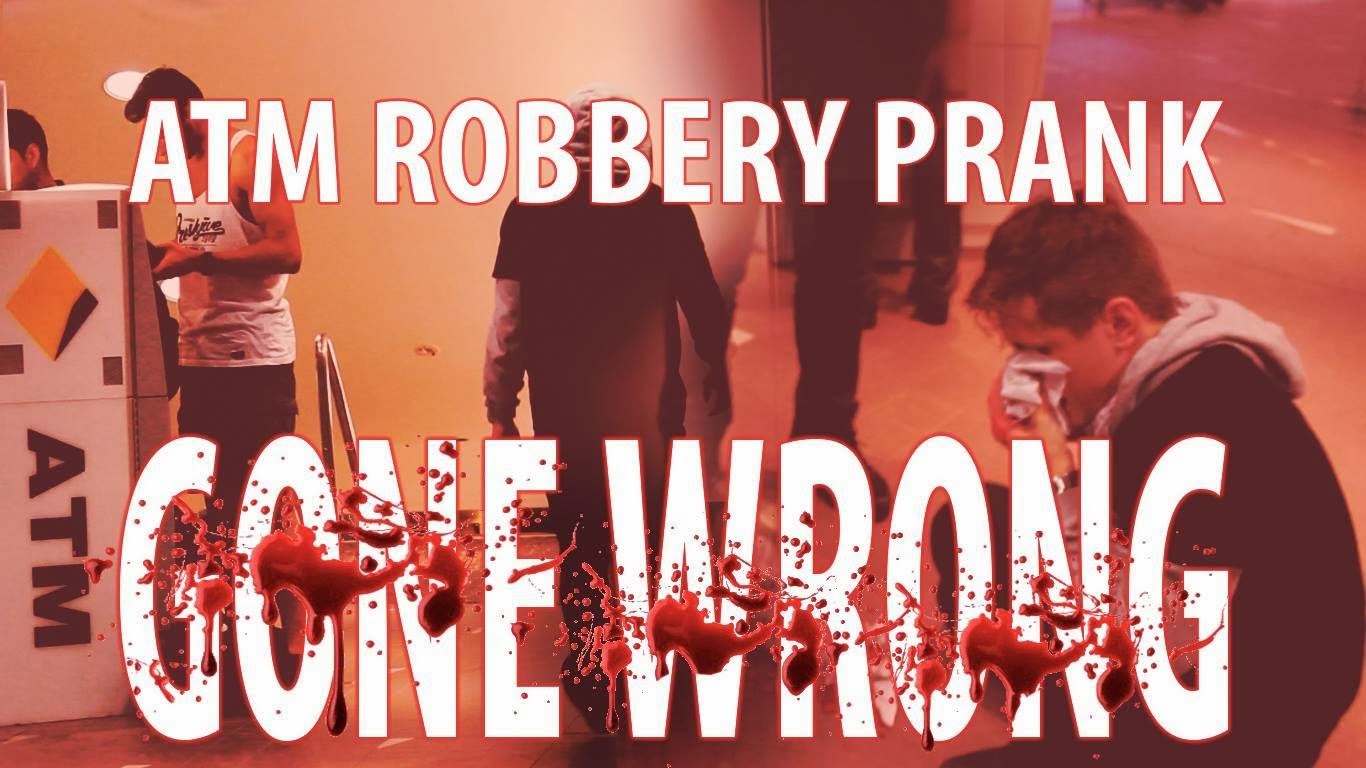 Many of the pranksters, as I've noted before are extremely stupid, not funny and risk getting people hurt.

And sometimes, they hurt themselves, and deserve it.

That's the case with the moron in the video below. He and his co-conspirator faked ATM robberies, to see how people would react.

Finally, one person, convinced it was a real robbery, punched the prankster in the nose, causing a rather grotesque injury. (Don't watch if you're eating)

I am reluctant to post the video because Lord knows I don't want to generate publicity or revenue for this idiot, but I do think it's a good warning for other would-be pranksters out there.

That warning is: You'll eventually get what you deserve, and what you get could well be unpleasant.

I have no sympathy for the guy in the video and judging from the comments on his YouTube page, nobody else does, either.

Judge for yourself and watch:

Posted by Matt Sutkoski at 3:27 AM