Crickets Bury Oklahoma! At Least They're Not Locusts

This time of year in the evening, the sound of crickets fills the Vermont air where I live. I really kind of like it. 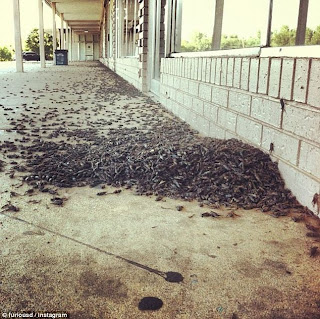 They make sort of a concert, with a quiet "chirp, chirp, chirp" from some, others are louder and faster, and some varieties interject a loud Zizzizz-ZIT!! into the equation.

There can always be too much of a good thing, however.

Which takes us to Oklahoma, where the right combination of drought, heat, then rain brought on more crickets than anyone can handle, as you can tell by the photos in this post.

They've gotten into everyone's house, businesses, and dead ones pile up everywhere, making the atmosphere stink of rotting bugs. Lovely.

So, I'll hope the crickets here don't get too numerous. It's bad enough I'll be shoveling snow in a few months. I don't want to shovel dead crickets off my deck now. 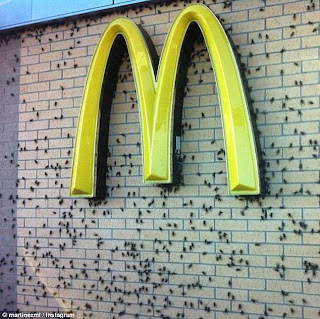 Posted by Matt Sutkoski at 5:14 AM