Mug Shots Show Why You Have To Pick Your Victims Correctly

It was a routine robbery attempt in Charlottesville, Virginia. Two teens decided to rob two guys.

The two guys who were targets of the robbery were not enthusiastic about being victims, says television station WVIR in Charlottesville.

So they weren't, as you can see by the mug shots in this post. The two suspects, Gerald Allen nd Johnny Calderon, were taken to a hospital for treatment, then arrested.

The two would-be victims were not injured, according to WVIR

Let this be a lesson to you, robbers. 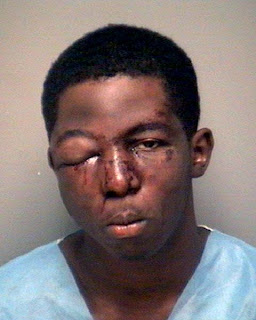 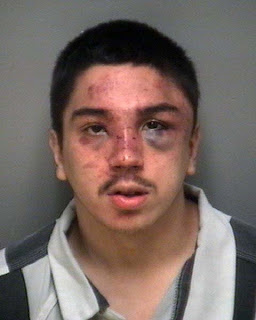 Posted by Matt Sutkoski at 6:23 PM